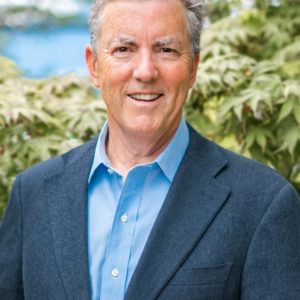 Geologist and resource company entrepreneur with over 47 years of experience in the international minerals and renewable energy industries. Founder and Chairman of Equinox Gold Corp., a major gold producer, he has also founded and divested a number of other public mineral resource companies including Alterra Power Corp., a clean power producer. Beaty is President of Sitka Foundation, one of Canada’s leading environmental foundations and Patron of Beaty Biodiversity Center, University of British Columbia. He is also Director of a number of environmental NGOs, including Panthera, the BC Parks Foundation and the Pacific Salmon Foundation. Former President, World Silver Institute, Washington DC. Fellow: Geological Association of Canada; Society of Economic Geologists; Canadian Institute of Mining; and Royal Canadian Geographic Society. He has received many awards and honours for business and philanthropic achievements, including the Canadian Mining Hall of Fame (2018), Order of Canada (2017) and Doctor of Laws honoris causa, University of British Columbia (2018).

We use cookies on our website to give you the most relevant experience by remembering your preferences and repeat visits. By clicking “Accept All”, you consent to the use of ALL the cookies. However, you may visit "Cookie Settings" to provide a controlled consent.
Cookie SettingsAccept All
Manage consent

This website uses cookies to improve your experience while you navigate through the website. Out of these, the cookies that are categorized as necessary are stored on your browser as they are essential for the working of basic functionalities of the website. We also use third-party cookies that help us analyze and understand how you use this website. These cookies will be stored in your browser only with your consent. You also have the option to opt-out of these cookies. But opting out of some of these cookies may affect your browsing experience.
Necessary Always Enabled

Any cookies that may not be particularly necessary for the website to function and is used specifically to collect user personal data via analytics, ads, other embedded contents are termed as non-necessary cookies. It is mandatory to procure user consent prior to running these cookies on your website.